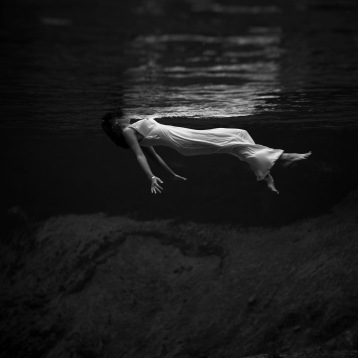 Achievement is the most important for Western athletes. For the highest performance, beside their training regime, they can utilize prohibited methods but there are also not so much known legal ways. In this paper we will mention a hybrid practical approach that can be successful for athletes both in teams and individual sports.

Two great athletes achieved the highest results in their categories while their training was supported by yoga and other methods. One of them was Olympic Champion swimmer Éva Risztov (London, 2012, women’s 10 km swimming) and the other is Deaflympic Champion tennis player Gábor Máthé (Sofia, Bulgaria, 2013, men’s single tennis).

From the beginning it was obvious that these athletes did not need more training and hardship. Their improvement would be supported by balance in their activity and recreation. That is a hybrid point of view to melt the western hardship and the eastern recreation. So most of our methods aimed their regeneration and recreation. These were namely

The used method was Yoga in Daily Life by Paramhans Swami Maheshwarananda from India-Austria.

In stretching it was important for both sportspersons to support their trunk flexibility both for twisting and flexion-extension. Beside this their shoulder area was stretched with different yoga asanas.

Relaxation is a known method for sportsmen to speed up their recovery. Its benefit coming for releasing muscle tensions and decrease the tone of their muscles. It helps to their quick recovery and the subjective feeling of well being is increased. Beside this deep relaxation in yoga (called yoga nidra) is a useful method to support their motivation with self suggestions in a balanced state of mind. 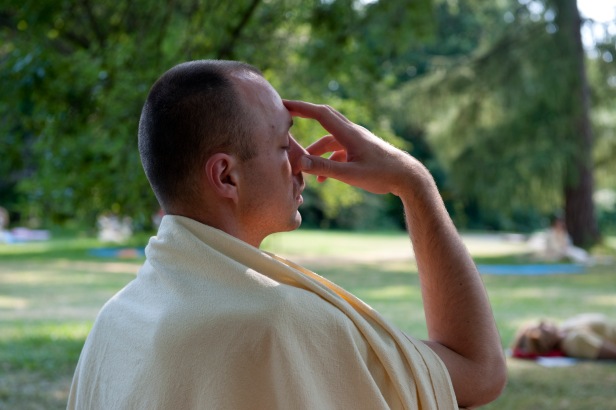 Breathing exercises are inevitable for good performance. Different methods were tried to increase oxygen supply for the tissues. Some were banned like blood dopping in the 1970’s and 1980’s. Yoga breathing supplies much more oxygen to the body tissues that is the base of good metabolism and consequently better regeneration. Without good oxygen supply there is only acidity in the cells that is the common enemy for all sportsmen. The base for the breathing technics is complete yoga breathing with its triple part namely abdominal, chest and clavicular breathing. This supplies the necessary oxygen that was very evident in a situation.

Éva Risztov has the weekly training regime built up that she reaches the most tired point on Friday. The weekend is mostly for regeneration. After such a week we had a yoga class on Friday morning after her first training. We had some stretching with asanas than a short relaxation and a 10 minutes breathing session in laying position. At the end she got back from relaxation and breathing and stated that she felt as it was Monday morning. She expressed with this sentence that both motivation and vital energies were regenerated and ready for the next training.

Another example for the usefullness of brething technics was with Gábor Máthé. He had the problem during matches to get back from the pit when the opponent had winning series. His change and the usefull method happened in Germany on a match where he started really badly 0:3 in which he lost 2 of his serves. In this situation Gábor Máthé started to use yoga breath between two serves. That method can supply good amount of oxygen and a mental focus for the sportsman. Hardly but successfully he won the next game (1:3). The next game was also his trophy (2:3). He continued the full yoga breath during breaks as well. The next game was also his success (3:3). Than he continued till 6:3 and finalized the match 6:3, 6:0! It was a 12-game series what Gábor Máthé won after a really bad start.

Beside Yoga in Daily Life we also used other methods before the Olympics but in smaller amount. Our experience shows that Craniosacral Therapy (by Dr. John Upledger), Family Constellation (by Bert Hellinger) and Spiritual Response Therapy (by Rev. Robert E. Detzler) can also be a help in different situations during training period.

For top athletes the main challenge is to find balance in their training and regeneration. The trainings tend to neglect the necessity of passive periods. That gap is fulfilled with yoga methods, like stretching, relaxation and breathing technics. This can give a healthy hybrid for their best development.